Rehearsing a String Quartet – Chamber Music – Apart from its popular themed classical string quartet concerts, the Manor House String Quartet also gives recitals of more substantial works too. One of these took place at the Leighton Buzzard Music Club and can be read about here. 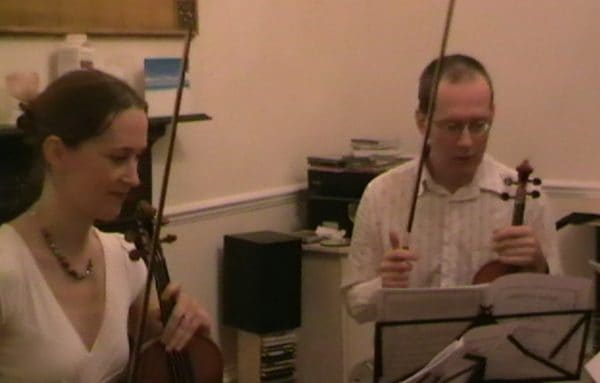 The programme consisted of Beethoven’s Quartet in A (Op. 18 No. 5), Ferdinand Ries’s Quartet in G (Op. 70 No. 2) as well as Schubert’s Quartet in A minor (D. 804). Rehearsal time was limited – which is always good in preserving the spontaneity of the music making and focusing the minds of all four players! A few ground rules that we stick to often save us an enormous amount of time though. Here’s what we try and do: